There’s one thing worse than a problem with no solution –
There could always be a simple, wrong solution.

We know not to go grabbing strangers on the street,
But when someone’s already holding your hand,
Nobody teaches you the effort of not curling your fingers in
And clinging to that unexpected lifeline.
Nobody tells you about the pain
Of drowning, mouth closed, while dying of thirst.
Nobody quite understands, until they suddenly do,
How it is to have no refuge from the darkness.
You go running in your house and barricade the door;
It’s not quite that my problem already lives inside,
But that I have to open the door and invite it in
Day, after day, after day.
And I’m not sure if I’m instead waving my sanity goodbye,
But I guess that only leaves more space for guests
So won’t you join us for dinner?

There are six stages that I can tell.
Not sure what to call the first but an S –
A Slip, a Slide, or maybe
A Slow descent for some, sometime.
Then comes I for Ignore, when
It’s not that we pretend nothing is wrong
But genuinely ignore the simple possibility
That something might be amiss and go.
The third is the Acknowledgement,
A sweet momentary relief, not unlike
Being moody for a few long days
Until you have that Ah moment and realize
What time of the month it is,
And don’t feel quite so absurd anymore.
And in the rare lucky cases,
It also provides a solution to the pain,
In the same chocolate-y form.
The relief doesn’t last long enough though,
And on its heels comes swift Revolt,
A raging at the world and desperate search
For the misplaced cure that you once used.
It’s at least better than the
Blind stumble into disaster without cause,
And blaming someone gives you something to do.
Then comes Acceptance. Sweet and peaceful
As you remember the cure is only time,
And you finally allow it to yourself,
And instead of fixing things
You find make-do solutions
And relearn to work with what you have,
With a shorter fuse, an emptier canister
And only ever one day at a time.
I never managed to pinpoint Recovery
Despite its most obvious existence.
It’s impossibly gradual and fast at once,
And one day you just realize
That you look back and see yourself
At the top of that abysmally long trek up
And your smiles come easy once again.
That’s the process for me. S-I-A-R-A-R.
‘Seerer’, I suppose, it could be pronounced.
Not the most inspired acronym perhaps
But then again, maybe it was meant to be,
Because you need more seer(-er) powers
Than any possible oracle in mythology
To even remember there is ever an end
When you’re in the throes of that descent.

A/N: Some of you might have noticed lately from the subjects of my poems I seemed a bit down. I’m happy to say I’ve had a very quick A-R-A ark and am now much better. Thank you so much for your support and for always reading and commenting despite my changing moods. Love you all.

What do you guys think? Ever gone through this? Are your recovery stages the same when you go through a darker period, or are you doing things differently?

There’s nothing I hate more than flatness 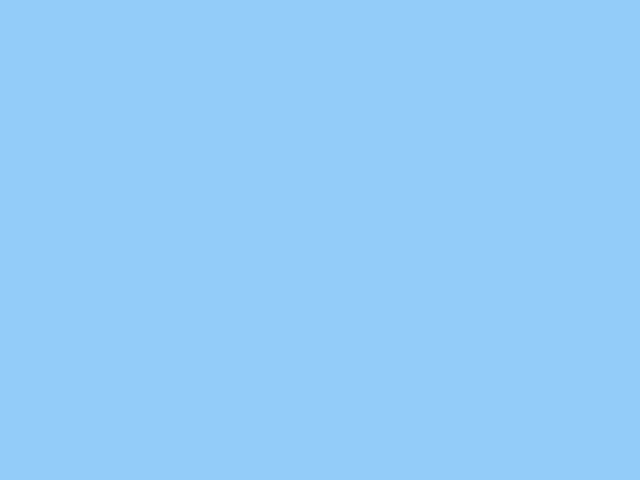 You’re just tired.
You used it to explain a thousand things,
A quiet, ashamed apology for your mood.
And people accept it. Sometimes.
Once or twice, and they have dubious looks.
They don’t understand how honest you are,
That those are your truest words in a while.
You’re tired. You’re so tired
That sleeping 20 hours straight
Just leaves you yawning in the afternoon
With a slight dread to go to bed
Because you know how much time you wasted.
You’re so tired that all things look bleak,
Tasteless, colourless, fundamentally untempting
And motivation comes only from stubborness,
And you run on ‘it’s going to be over soon’
Long after you forgot what the ‘it’ is
And what is supposed to come after.
You’re so tired that spending more energy
Somehow becomes the less effortful choice,
So you run instead of walk, laugh instead of smile
For the simple reason that you don’t know
The formula for the true thing anymore
And simple things reveal wrongs too easily.
You’re tired. You’re so tired
That you forget you’ve been through it before,
And you forget that you know how it ended
And that you know how to be kind to yourself
And give yourself a hand up and a break
Because there are pills to take against the pain
But fractures still have their own timeline
And neither bones nor hormones listen to man.
You’re just tired.

There are such virtuous people,
Far more than the rest of us,
Yet their light so easily hidden
Under a layer of perceived sin.
But who are we to judge when we don’t know
The touch and taste of their circumstances?
They may be showing the world
Something different than we think we see.

They may be showing the prudence of anxiety,
And be planning ahead for a future
They see so dark and stormy,
It might as well not exist at all.

They may be showing the justice of impulsivity,
For there’s a good and a bad way
In which justice should be blind,
And for them, all the things they can weigh
Are the judgments of seconds instead of years.

They may be showing the fortitude of apathy.
Let’s not forget there are people for whom
Merely lifting themselves up would mean
Travelling a far greater distance
Than others go to encircle a globe.

They may be showing the temperance of obsession,
When a single second of separation
Claws blood from the skin of their soul,
And limits cut into them like barbed wire,
Yet they still force steps through the thorns.

They may be showing the faith of depression,
For we all agree proof cancels the need for faith,
Yet we all trust in the existence of light
While being surrounded by glorious flames,
And judge them for struggling to see it
With their eyes closed against darkness.

They may be showing the hope of insecurity,
After being conditioned a lifetime
To the idea that they are undeserving,
And hope itself is overstepping their bounds.

They may be showing the charity of compulsion,
And the things they give freely are not,
Like for the rest of us, mere triffles,
But bloody chunks of their own beings.

They may be showing the world
Things that can only be understood
When you know both halves of the story,
Virtues of hardship and desperation.
People forget that qualities
Are not things to judge others on,
But things to mould themselves by,
For our stories are the only ones
Any of us have any right to.
So let’s judge ourselves for a change
And assume everyone else is virtuous.

It’s said that all creative minds
Entertain multiple representations of all things –
That’s the only way to give birth to unique perspectives,
Having random things bubble and mix and blow up
In an array of colours and metaphors.
The minds of artists have voices recounting truths, realities,
That their imagination then compounds on, shoots out from,
In ever more complicated fantasies.
There are also voices whose sole purpose is to keep track
Of which voice does what, of inner workings, and make sure that
Fantasies land on paper, in stories, paintings, sculptures,
And they don’t interfere with function in the real world.
There are times, however, when the real world is ugly,
So you tighten the fantasies around you,
Breathe them in, burrow in their warmth and security,
And shut down the voices telling you it’s wrong.
It might be surprising, that something as slippery as obsession
Starts with a conscious decision. But it does.
Like going down a slide, you need an impulse to get it started.
You need to choose to shut down the realities,
And you ignore that aching awareness sounding an alarm.
You pick and choose. You only hear the nice fantasies.
And, with no other raw material, your mind doubles them up,
Compounds on them instead of tempering them down.
It becomes a self-fulfilling spiral of quicksand,
Creating just enough satisfaction by its mere existence
To keep itself going. It’s overwhelmingly much,
Yet it’s achingly little, making you throw yourself desperately
Over unrealistic things, trying to soothe the growing need.
It’s painful, yet when the world delivers, my…
There’s no bliss quite as strong as feeling the worlds collide,
Sending the shock waves of the contact down your soul.
So you throw yourself harder down the next spiral.
It’s just a mistake, you see. A coping mechanism gone wrong
Though can you even claim it is wrong if it does its job?
Because it does tie you over the rough patch,
Your mind so full with your fantasies it’s numb to pain.
Sometimes, when you’re paying enough attention to the process
You can even trick it into becoming an absurd motivation
That walks you up the hill you so happily slid down before.
And when you’re strong enough, you can always disengage,
Get to your feet, breathe out the quicksand,
Shake the clingy bits of obsessions off you
And convince yourself you’ve got everything handled.
This, of course, until the next long stairway
To the bottom of the ravine we call life…
When you are more than happy to push yourself down the next slide.

It’s not a sport, despite the physical activity,
And it’s not a joke, despite the constant laughter.
You can see the bruises that bloom on our skin
But the real lessons we learn are hidden beneath,
Are hidden before all the flash and glamour.
Doesn’t matter how fast you can disarm a gun –
You should first learn how to never have to.

No, the lessons we learn are not what people expect.
You come in for one thing and leave with a thousand others.

You learn how to breathe, keep calm, and go on,
You learn on that shouted mantra of ‘keep going’
Until you find the force in the exhaustion,
As you push it away and jump to your feet.

You learn to use your voice, step up, and try,
You learn in the middle of that crushing circle,
Until you find the courage in the anxiety,
As you realize you know something worth teaching others.

And most importantly, most stunningly,
You learn to find yourself, stand proud and tall.
You learn it every day, in every tiring class,
Until you feel the kind pat on the back under the slap
As you find yourself having a second family, a second home.

It’s probably not every Krav everywhere, though I wish it was –
I wish you all knew how it was to have around
Such brilliant instructors, such amazing people.
It’s a strange feeling, when you find the persons
That you would confidently trust with your life,
And it’s an undescribable joy when you discover
That you can easily trust them with your soul too.

That’s what my Krav Maga is like –
A combat lesson for life, not for war;
Self defence against both outer and inner demons.

If anybody who reads this is in London and would like to give Krav a try, please let me know. I’d love to show you my ‘family’ 🙂